Since peaking in February 2020, state and local governments have shed nearly 541,000 jobs, or approximately 2.7 percent of their total.

The charts below present the relative changes in state and local government and private sector employment since 2007. 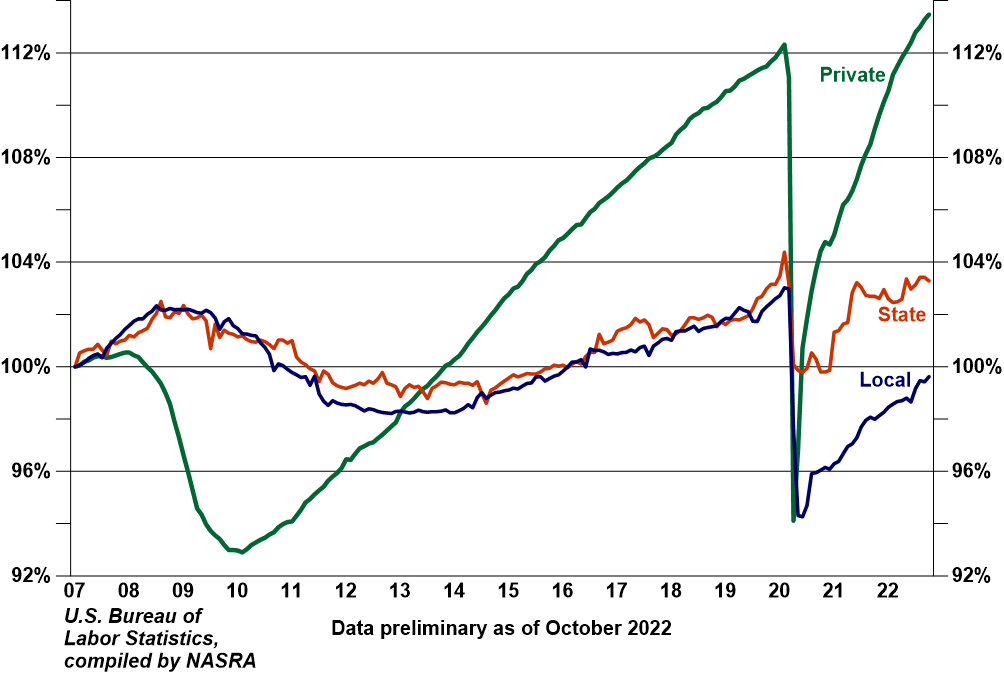 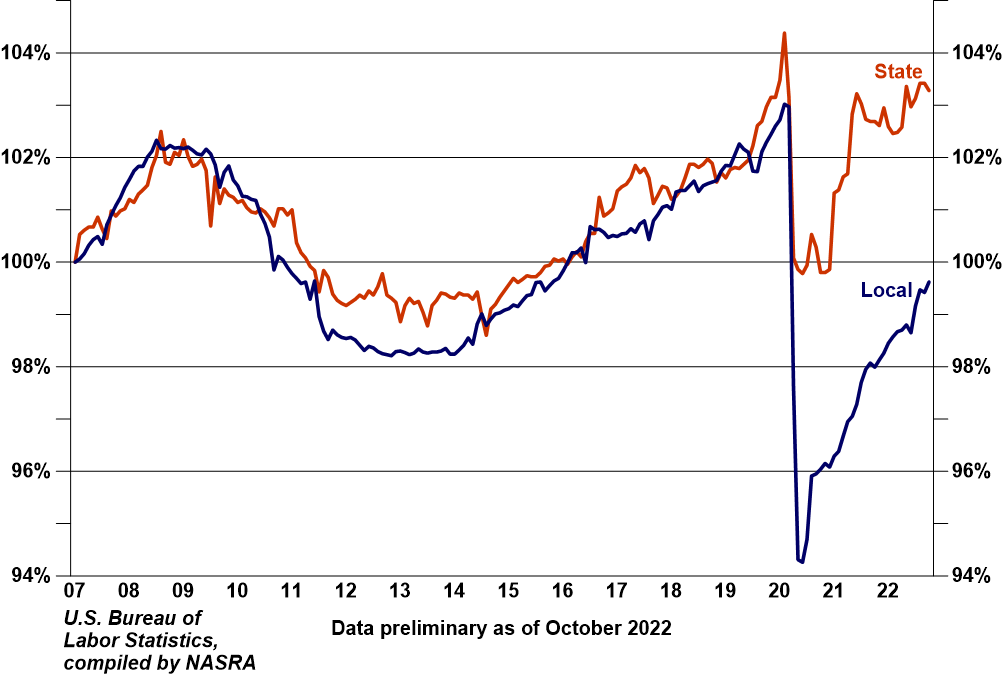 Compiled by NASRA based on data provided by the U.S. Bureau of Labor Statistics. Data is sourced from the BLS Current Employment Statistics program, which is a monthly survey of households, businesses, and governments measuring employment, hours, and earnings estimates. The CES survey reference period is the pay period that includes the 12th day of the month. Data are published on a preliminary basis and revised twice before being finalized.