The Federal Reserve publishes data on state and local defined benefit assets on a quarterly basis. As of the second quarter of 2021 (June 30th), public pension assets were a reported record $5.51 trillion, an increase of approximately 5.3 percent, from $5.23 trillion as reported for the prior quarter and higher than the same quarter one year ago by some $993 billion, or 22.0 percent.

The next release is scheduled for December 2021. 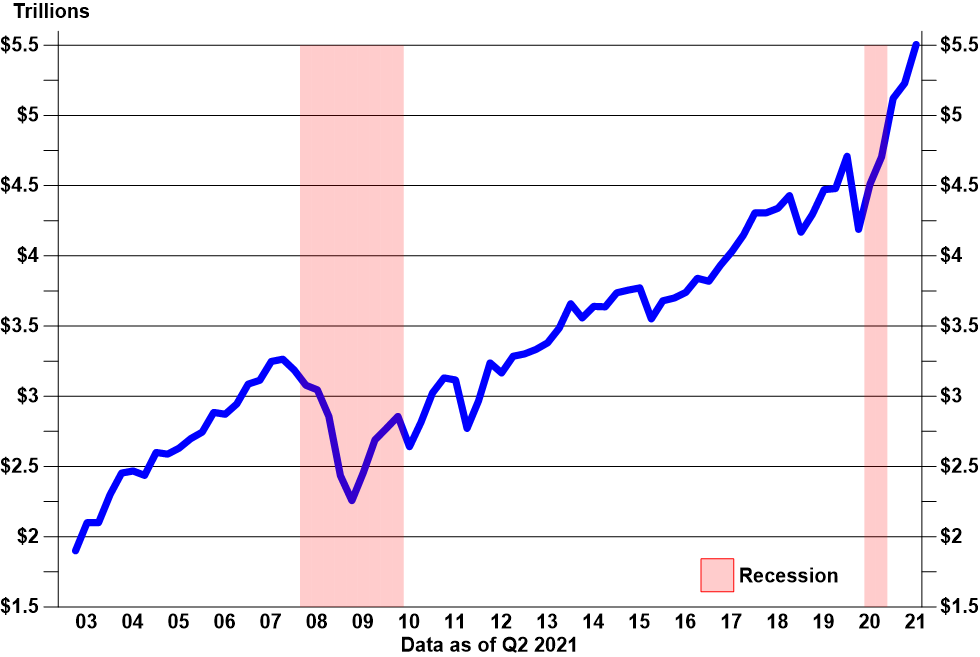 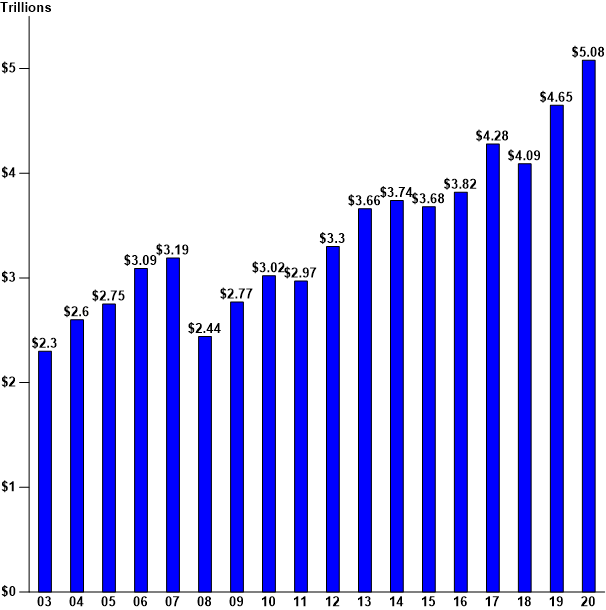