The Federal Reserve publishes data on state and local defined benefit assets on a quarterly basis. As of the second quarter of 2022 (June 30th), aggregate public pension assets were $5.12 trillion, a decrease of 10 percent from the $5.68 trillion reported for the prior quarter. This value is also lower than the same quarter one year ago by some $482 billion, or 8.6 percent. The second quarter of 2022 marks the second consecutive quarter in which the aggregate value of public pension assets declined following seven consecutive quarters of growth.

The next release is scheduled for December 2022. 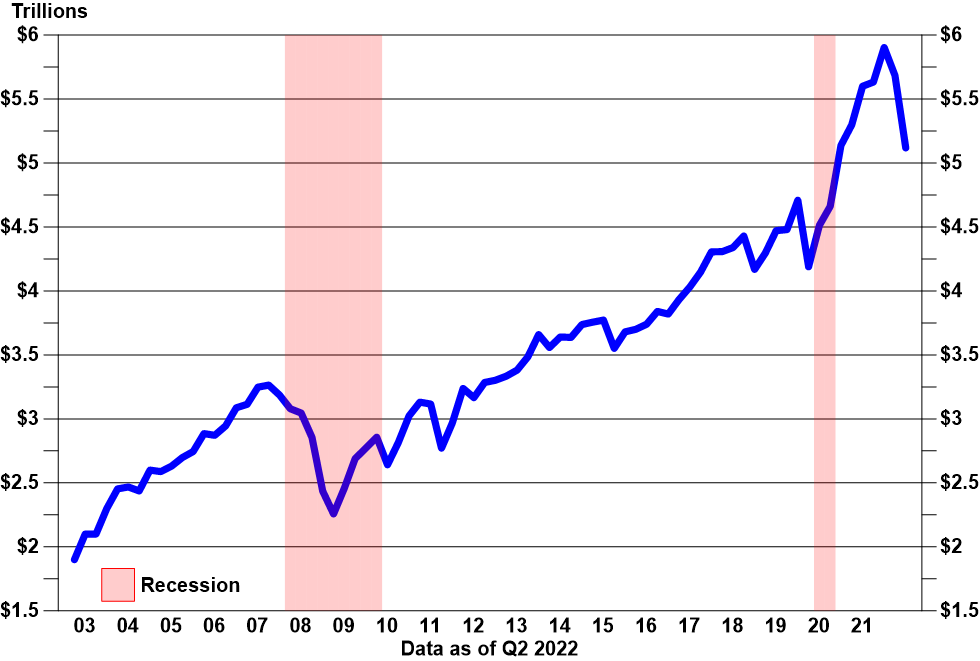 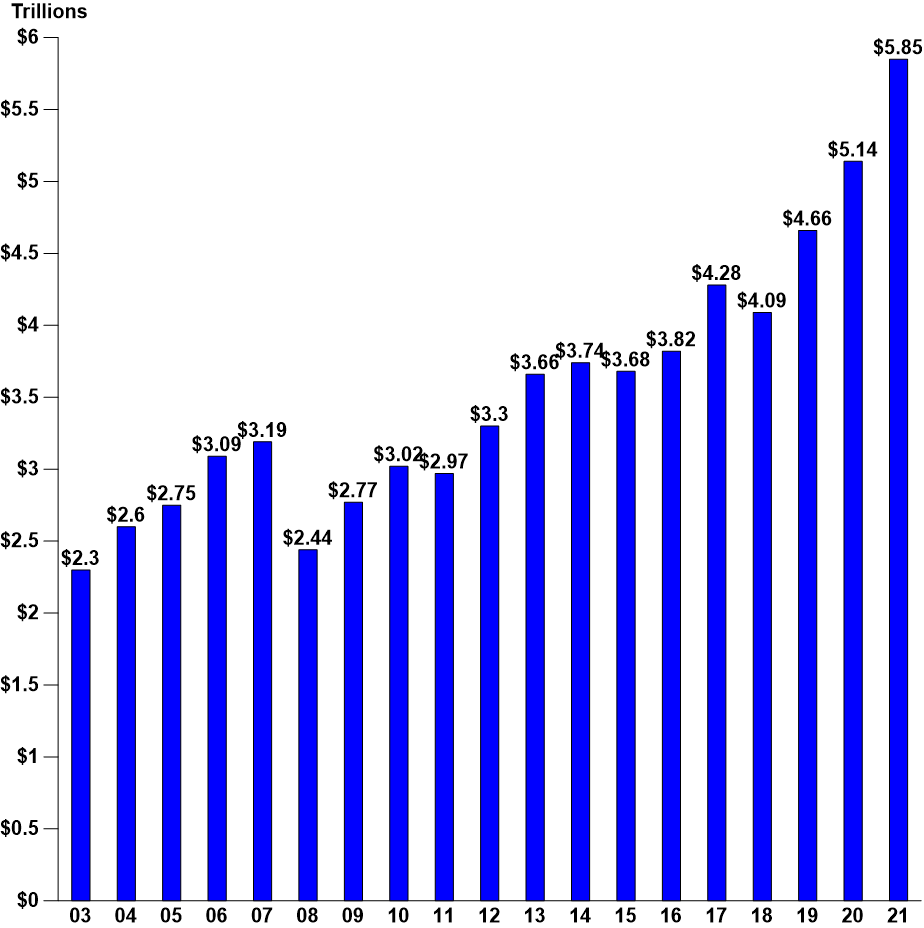