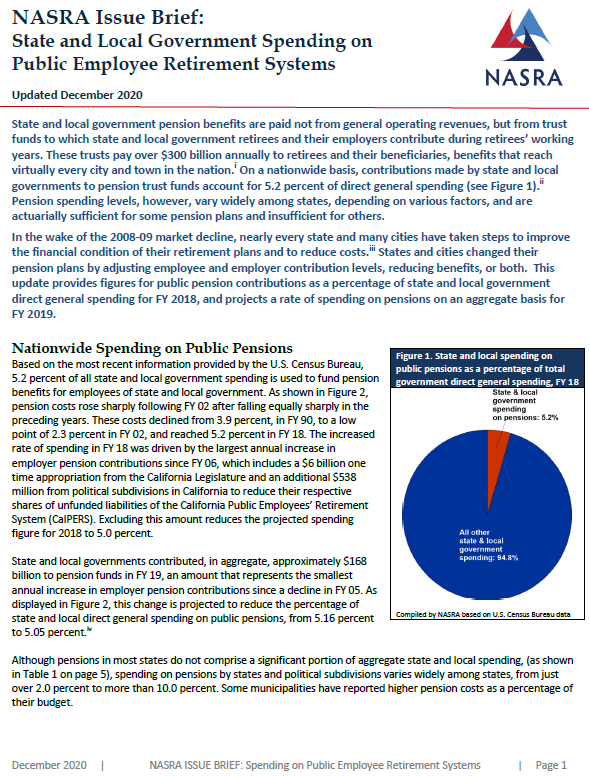 State and local government pension benefits are paid not from general operating revenues, but from trust funds to which state and local government retirees and their employers contribute during retirees’ working years. These trusts pay over $300 billion annually to retirees and their beneficiaries, benefits that reach virtually every city and town in the nation. On a nationwide basis, contributions made by state and local governments to pension trust funds account for 5.2 percent of direct general spending.  Pension spending levels, however, vary widely among states, depending on various factors, and are actuarially sufficient for some pension plans and insufficient for others.

In the wake of the 2008-09 market decline, nearly every state and many cities have taken steps to improve the financial condition of their retirement plans and to reduce costs. States and cities changed their pension plans by adjusting employee and employer contribution levels, reducing benefits, or both.  This update provides figures for public pension contributions as a percentage of state and local government direct general spending for FY 2018, and projects a rate of spending on pensions on an aggregate basis for FY 2019.