Public pensions are financed primarily from two sources: contributions and investment earnings. Because nearly all state and local retirement systems are shared-financing arrangements, contributions come from both employees and employers.

According to the U.S. Census Bureau, in FY 17, employer pension contributions accounted for 4.7 percent of all state and local government direct general spending (an amount that excludes intergovernmental transfers). This is the same rate as FY 16. More... 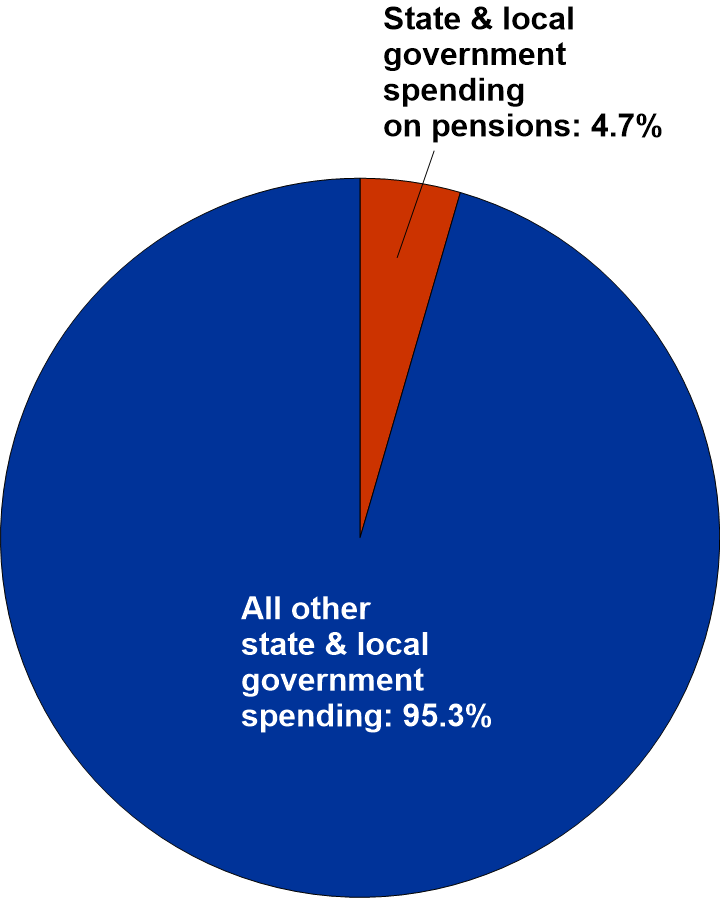 For the vast majority of employees of state and local government, participation in a public pension plan and contributing toward the cost of the pension are mandatory terms of employment. Employee contributions provide a reliable and predictable stream of revenue to public pension funds and typically are based on a percentage of salary as specified in statute, most commonly between four and eight percent. More...

Over time, investment earnings finance a majority of the cost of a typical public pension plan. According to the U.S. Census Bureau, for the 30 years 1989 through 2018, investment earnings accounted for 63 percent of public pension revenues; employer contributions made up approximately 26 percent, and employee contributions were around 11 percent. 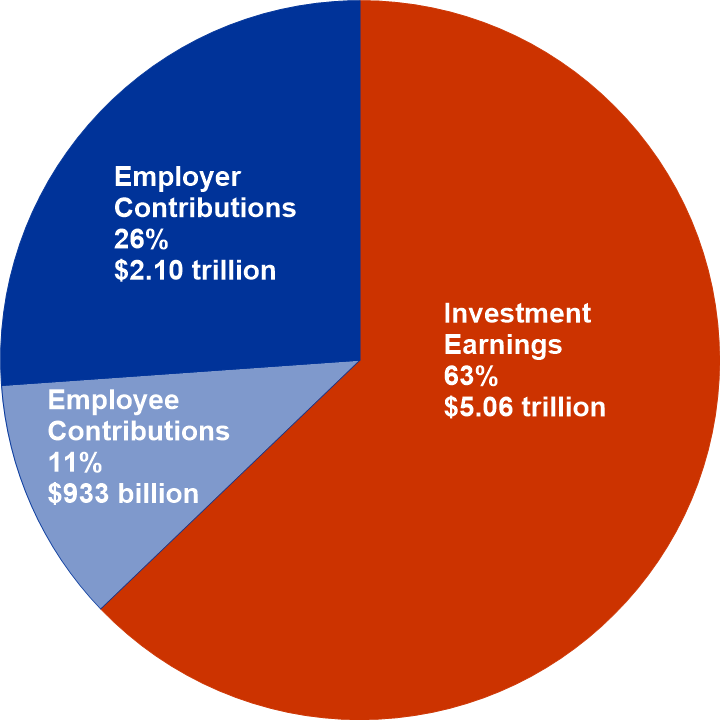 A recent study, Pensionomics 2016: Measuring the Economic Impact of DB Pension Expenditures, finds that pension benefits have a significant economic impact: 7.1 million American jobs and $1.2 trillion in economic output. Also, for every taxpayer dollar contributed to state and local pensions $9.19 in total output was supported.